Johan had the great idea to assemble a cheap ESP8266 with a cheap LCD found on ebay, to make a nice device that he called “Commodorable 64” in memory of Commodore 64. It is based on a cheap ILI9341 based QVGA displays found on eBay for only €4. This wireless display is well suited for making small screenlets telling the current temperature, weather forecasts, traffic situation to work and spreading them over the house.

Johan did a good work and made a custom PCB for these tiny displays. He made different versions for 2.2″, 2.4″ and 2.8″ screens with an (untested) touch support on the screen modules. 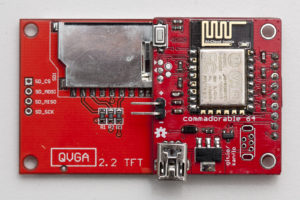 On the bask of the PCB we see the ESP8266, a SD card holder and a voltage regulator. ESP is programming through a smart previously developed connector espfrog.

Johan shares schematics and demo code on Github. The “Hello World” application is fun and nerdy with reference to the old  Commodore 64 which played a significant part of his childhood ! 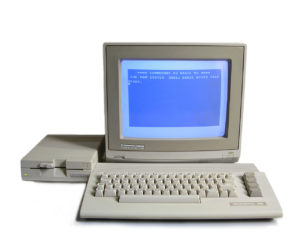 Good project with a lot of potential for an affordable budget !